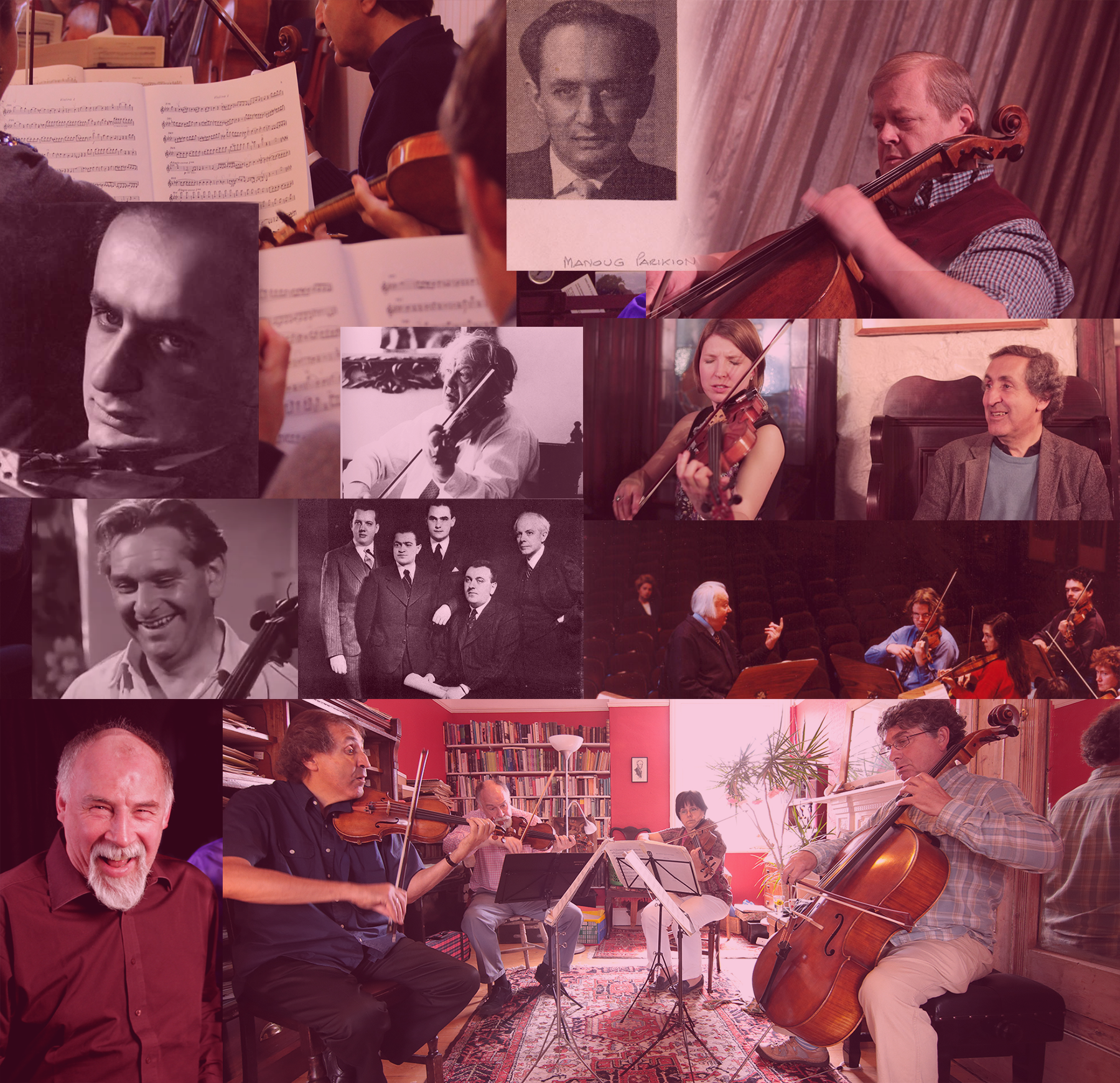 What makes a string quartet? You can find out by subscribing to our podcasts, video interviews and reflections

“At every turn one heard uncanny refinements of detail, with good taste, elegance…an ensemble of world stature.”
– The Boston Globe

What makes a string quartet thrive, what are the ideas, influences and dynamics of musical performance?

The Chilingirian Quartet is one of the most famous names in British chamber music with an international reputation forged over 4 decades. Formed in 1971 by Levon Chilingirian, Mark Butler, Simon Rowland-Jones and Philip De Groote, all recent students at the RCM, the quartet brings a wealth of musical history, tradition and relationships with the greatest names in world chamber music from the 20th century and this informs their practice today.
Tradition, subtlety, verve and insight characterise their approach. Levon’s early influences include Manoug Parikian, Hugh Bean and musicologist Hans Keller. Levon’s career was launched winning the first prizes in both the 1969 BBC Beethoven Competition and the 1971 Munich Duo International Competition. Stephen Orton studied with William Pleeth, is principle cello with the Academy of St. Martin in the Fields. Susie Mészáros studied with Sándor Végh, was principle viola with Camerata Salzburg making her debut at Wigmore Hall in a duo with Yehudi Menuhin in 1977, winning the Gold Medal at the Royal Over-Seas League competition. Ronald Birks studied with Alexandre Moskovsky, formerly of the Hungarian String Quartet. In 1971, he was invited to become second violin of the Lindsay String Quartet, with whom he remained until the quartet’s retirement in 2005, becoming a member of the Chilingirian Quartet in 2009.
Great performers and educators all, their precision, ideas and the wellspring of their art is firmly rooted in the great middle european tradition of chamber music performance.
The members of the Chilingirian Quartet will be discussing and reflecting on chamber music, the great works and the elements of performance at the highest level in podcasts, video interviews and articles. Join us.