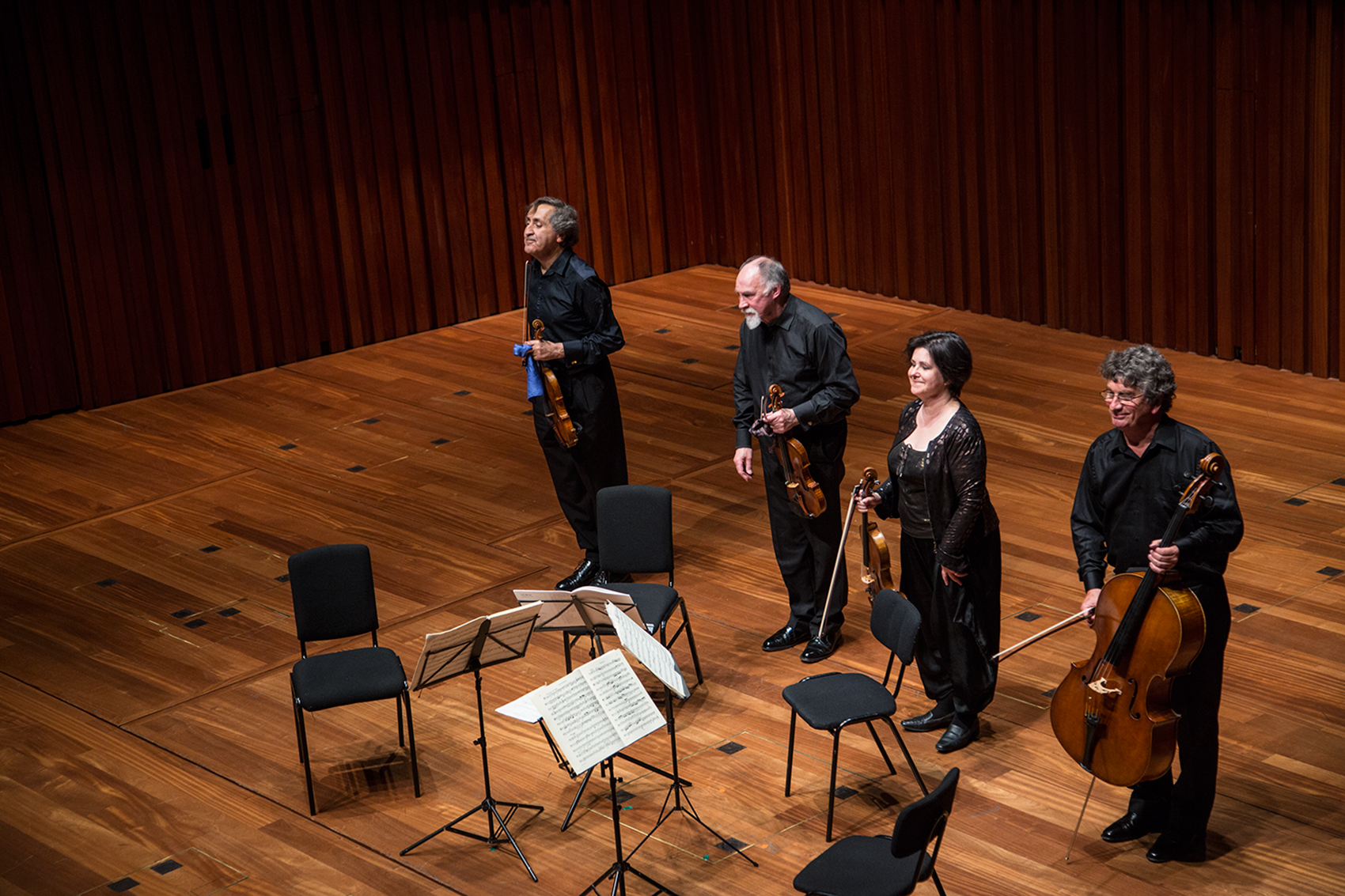 [tw-column width=”one-half”]For over four decades, the Chilingirian String Quartet has thrilled critics and audiences around the world with its vibrant, virtuosic performances of classical and contemporary chamber music.Theirs is a sound that is both powerful and precise; richly interpretive and yet always true to the composer’s vision. Today, the quartet continues to build on its legacy with an energetic touring schedule, an ever- expanding repertoire, and a series of acclaimed recordings for the Hyperion and Chandos labels.
The Chilingirian Quartet continues to nurture new generations of gifted musicians as the Quartet-in-Residence at London’s Royal College of Music, and through a close affiliation with Venezuela’s Simón Bolívar Symphony Orchestra. Listen to the ensemble that has been called “magnificent,” “pure, fresh, and honest,” and “one of the great string quartets of our day.” Discover the art of the Chilingirian String Quartet. 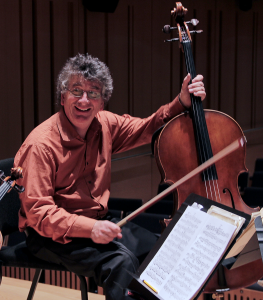 Born in Ripon, Yorkshire, and studied with William Pleeth at the Guildhall School of Music and Drama. He has been principal cello with the Bournemouth Sinfonietta and the City of London Sinfonia and was also a member of the Delme Quartet for ten years. He has acted as guest principal cello with the London Symphony Orchestra and Philharmonia.
Stephen has wide experience of chamber music and often played the Schubert Quintet with the Chilingirian Quartet. In 1985 Stephen became principal cello with the Academy of St Martin in the Fields and has played concertos with the orchestra. He is also a member of the Academy Chamber Ensemble, touring internationally and making numerous recordings. Stephen became cellist following the retirement of Philip de Groote in 2013
[tw-social icon=”twitter” url=”http://twitter.com/Chilingirians” title=”Follow Me on Twitter”] [tw-social icon=”facebook” url=”https://www.facebook.com/Chilingirian-String-Quartet-168930619880155/?ref=hl” title=”Follow Me on facebook”] 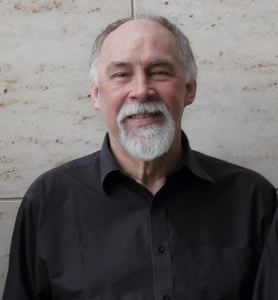 A highly regarded veteran of the global chamber music community, Ronald Birks began taking violin lessons at the age of ten. He progressed rapidly, becoming a member of the National Youth Orchestra of Great Britain in 1959. Between 1966-69 he was a student at the Royal Manchester College of Music, during which time he studied the quartet repertoire with Alexandre Moskovsky, formerly of the Hungarian String Quartet.

Ronnie became a member of the Northern Sinfonia Orchestra in 1969, and spent two years with them. In 1971 he was invited to become second violin of the Lindsay String Quartet, with whom he remained until the quartet’s retirement in 2005.
Highlights of Ronnie’s career with the LSQ included performance of complete Beethoven cycles in many major cities of the world, recording two complete Beethoven cycles and all six Bartok quartets, and working intensively with Sir Michael Tippett on the interpretation, performance, and recording of his five string quartets. In late 2009, Ronnie was invited to become a member of the Chilingirian String Quartet, with a public debut at the Quartet’s appearances in Venezuela in January 2010
[tw-social [tw-social icon=”twitter” url=”http://twitter.com/Chilingirians” title=”Follow Me on Twitter”] [tw-social icon=”facebook” url=”https://www.facebook.com/Chilingirian-String-Quartet-168930619880155/?ref=hl” title=”Follow Me on facebook”] 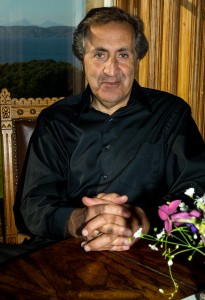 Levon Chilingirian was born in Cyprus to Armenian parents and was introduced to music from a very early age through his pianist mother and violinist great uncle. When the Chilingirian family emigrated to London in 1960, Levon concentrated on the violin, studying at the Royal College of Music where he is now a professor. His early influences in music were his uncle, the violinist Manoug Parikian, his teacher Hugh Bean, musicologist Hans Keller, and the Amadeus Quartet.
Levon’s long-standing partnership with the late Clifford Benson was launched by winning the first prizes in both the 1969 BBC Beethoven Competition and the 1971 Munich Duo International Competition. Recital appearances took the duo to most European countries and their recordings include works by Schubert and Frank Bridge.
In 1971, along with cellist Philip De Groote, Levon founded the Chilingirian Quartet. Today, the Quartet is one of the most active and celebrated string quartets on the international scene with tours to over fifty countries on six continents. Its highly regarded and wide-ranging recorded repertoire spans classical to contemporary works.
Levon also performs as a soloist, in recitals and concerto appearances with numerous orchestras, and with other chamber music partners. He performed the Sinfonia Concertante on the Amadeus soundtrack with Sir Neville Marriner and was invited by Steven Isserlis to lead a performance of the Schubert Quintet to end the millennium’s music at Wigmore Hall. He has been the artistic director and first violin of the Camerata Nordica in Sweden and is also the artistic director of the Mendelssohn on Mull Festival and of the Pharos Festival in Cyprus.
Levon received the Cobbett Medal and, in January 2000, an OBE in the Queen’s Honours List. In Armenia, he has organised two competitions for young string players and numerous chamber music festivals.
[tw-social icon=”twitter” url=”http://twitter.com/Chilingirians” title=”Follow Me on Twitter”] [tw-social icon=”facebook” url=”https://www.facebook.com/Chilingirian-String-Quartet-168930619880155/?ref=hl” title=”Follow Me on facebook”] 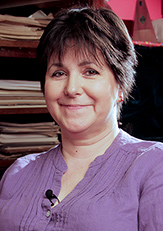 Susie Mészáros studied at the Yehudi Menuhin School. She has been principal viola with the Camerata Salzburg, as well as a regular chamber music partner of her teacher, violinist Sándor Végh. She made her Wigmore Hall debut as a duo with Yehudi Menuhin in 1977 and performed with Vladimir Spivakov and Arthur Grumiaux. She won the Gold Medal at the Royal Over-Seas League competition and was a string finalist in the BBC Young Musician of the Year and played with many leading chamber ensembles including the Nash Ensemble. Susie was leader of the Fitzwilliam Quartet, Prometheus Ensemble and concert master of Kent Opera. She has appeared as soloist on Radio 3 on both violin and viola. Susie is now a member of the world-renowned Chilingirian String Quartet. She has taught at the Yehudi Menuhin School and currently at Purcell School and is a Professor at both RCM and RNCM teaching violin, viola and chamber music.
Susie has performed as a guest principal with major orchestras including the Philharmonia, Britten Sinfonia, London Mozart Players and the Chamber Orchestra of Europe. Susie has been a juror on the Bordeaux International Quartet competition. As past Gold medallist at the Royal Overseas League, She has been invited to sit as jury member of the competition in 2016.
[tw-social icon=”twitter” url=”http://twitter.com/Chilingirians” title=”Follow Me on Twitter”] [tw-social icon=”facebook” url=”https://www.facebook.com/Chilingirian-String-Quartet-168930619880155/?ref=hl” title=”Follow Me on facebook”]

Drop us a line.